The Belly of the Whale, Get It?

A few months ago there was a hilarious hashtag on Twitter, #wecanlandaprobeonanasteroidbutwecant… The responses were pretty amazing: “we still can’t believe it’s not butter”, “we can’t order breakfast at McDonald’s after 10:30am”, “we can’t type more than 140 characters”. It was a reminder that while human beings can do incredible things like land a probe on an asteroid, map the entire sequence of the human genome, but despite all the advancements of modern science, there are still limits. Those of us living with CDH1 know this all to well as first world medicine still does not have the ability to detect and screen for HDGC in it’s early stages.

Thud. Tonight I am up because my daughter fell out of her toddler bed and I could not go back to sleep. I picked her up and placed her purple owl blanket back over her. I asked her where her “owie” was and she pointed to her cheek with a big fat tear in her eye. I kissed her soft cheeks as she began falling back asleep. While I was rocking her back to sleep I could not help but to wonder if technology will ever get to a point where there will be better screening techniques by the time she has to get tested. I really hope this is not the beginning of a new form of anxiety where I wonder whether or not she has the genetic mutation, but as it has always been since the beginning of our CDH1 journey, it is going to be a matter of trust and faith. As is often the case when it comes to our health, when things are out of your control, trust is often the only thing we have left. In someways it is wonderfully freeing, it does not make the situation any easier necessarily, but it does cause a person to root their hope in something other than oneself. 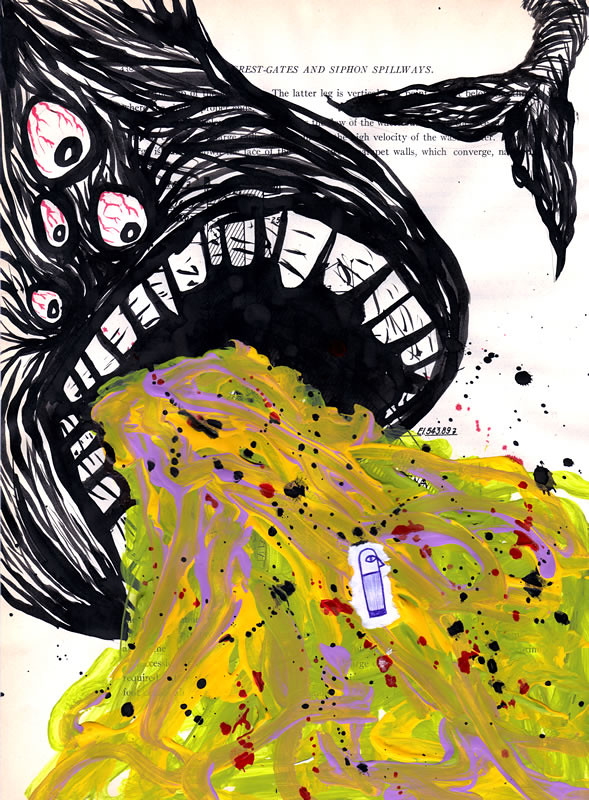 A few days ago we celebrated Ash Wednesday ushering in Lent, a season in which we remember our mortality, but also our own finitude, our smallness and the limitations of our own humanity. One of the reflections around this season, oddly enough, is the story of Jonah who runs from his calling, gets caught in a storm in open water, is swallowed up by a creature from the sea and lives for three days in the belly of this fish. Get it? Belly?

The reader is not told what transpired within the whale, the science behind what happened, or the historicity of the story, but here is the point of the story: Jonah’s life is preserved and he does not come out the other side the same person. For three days and three nights he reflects and comes to this conclusion:

“In my distress I called to the Lord,
and he answered me.
From deep in the realm of the dead I called for help,
and you listened to my cry.” Jonah 2:1

Something changes about Jonah’s heart while he survives within the belly of the fish and is vomited back on to dry ground. He’s literally gone through hell and within that time probably had lots of doubts and questions: “why?”, “why did this happen to me?”, “what does all this mean?”, “God, where are you?” Somehow, someway, from within the belly of the whale he comes to the conclusion that God was with him in the middle of the worst storms, under the worst circumstances and when he hit rock bottom. This recognition does not necessarily make it any easier to live within the belly of a fish, nor change his circumstance, but something changed about his attitude, his heart and his faith in God. Sometimes, it can be freeing to realize when that all we have sometimes is trust.

Pastor and writer Erwin McManus says about faith, “trust is faith when it’s directed towards God.”

Within the belly of the whale something changes about us. We gain a new perspective on life. We appreciate the little things. We take it one night and one day at a time. When we are “vomited” (which is a perfect descriptive word for what it feels like to go through a total gastrectomy, isn’t it?) back on to dry ground, we can start to see traces of God’s provision along the way. A blog post here. An unexpected friend there. A kind touch from a nurse. A doctor with solid bedside manner. A bite of food you have been craving and were able to keep down. All of it, traces of grace.

I’m slowly putting weight back on and right now I’m back to weight before going to surgery staying stable around 158-161 pounds. I’m back to exercising and was able to do a 44 mile bike ride last week and a 25 mile bike ride yesterday. I can run about 5 miles at an 8:40 pace, if I push it, and I feel great along the way. I don’t sense thirst (which is a problem I had before surgery) so I have to remind myself to hydrate, hydrate, hydrate, even when I do not feel like it. Throughout the day I can eat about 2200 calories and honestly, I feel like I’m eating like a normal person again. I still however, have to remind myself to eat slower sometimes. Apparently I was born to be a competitive eater, so this really is a transition for me.

My nutritionist is happy with my weight. She told me the weight that I can maintain without having to “push it” to maintain is the best weight for me. It is unrealistic for me to try and balloon up to 170 lbs as the amount I would have to eat is not sustainable in the long term. As of right now my blood pressure, my BMI and general health is good, so I should simply keep living life. Switching medical groups and getting plugged in with the bariatric community has been one of the best resources I gained for myself throughout this process.

On the not so bright side: the insomnia, apparently, is still an issue. According to my Fitbit tracker, which I do not know if it is better or worse for my insomnia, says that I am averaging about 3-4 hours of solid sleep a night. I still have issues with bile reflux, but it is no where near as bad as it was before. Dumping syndrome has helped with a change of diet, although it is incredibly difficult for me to give up delicious bread. I know it’s rolling the dice, but how could it be so wrong if it tastes so right? Randomly I woke up in the middle of the night last week dripping in sweat with the onset of dumping, it was really weird considering it had been hours since I ate last.

My new project: about a month ago, inspired by a Buzzfeed article on coffee shops you have to visit before you die, I decided to go on a motorcycle tour around the Bay Area in search of great roads and great coffee. If you want to follow my journey, subscribe to my YouTube channel here, and my Medium site here.

In a couple weeks it will officially be a year since my total gastrectomy, until then, live on!

4 thoughts on “The Belly of the Whale, Get It?”